Our physical therapy clinic in Madison, AL, conveniently located on Hughes Road, will continue to serve our patients in that area. It has plenty of dedicated parking right in front of the facility. The clinic has a wide open gym area with the latest physical therapy equipment. Brent Congo, from Athens, AL, joined the Johnson & Hayes team in 2003 because of the excellent camaraderie among staff and the ample time he was able to spend with his patients. Growing up, he had an interest in science and anatomy. As he studied he became fascinated with how the human body heals or, in many cases, does not heal properly. Physical therapy afforded Brent a career where he can have a positive influence in the body’s healing process. He loves being able to provide education and hands-on treatment to patients so that they can understand how to take care of their own bodies properly to prevent injury and to promote good health. 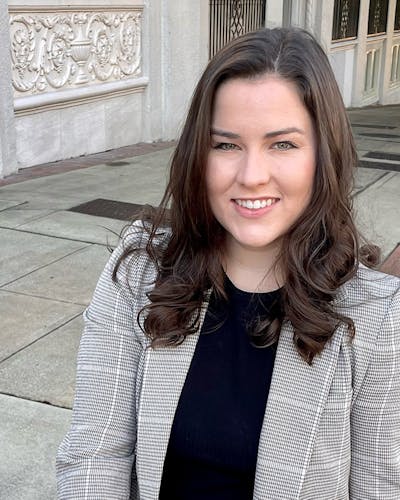 My name is Hayley Abell. I have just moved from Columbus, GA, where I was born and raised. I graduated from the University of Georgia with a B.S. in Exercise and Sports Science and Georgia Southern University with my Doctorate in Physical Therapy. I specialize in pelvic floor rehabilitation and orthopedics/ sports medicine. I am also dry needling certified.

New to the Huntsville area, I am excited to explore all the things. I enjoy CrossFit, cooking, and spending time outdoors. You'll find me watching Georgia football on Saturdays in the fall (Go Dawgs!). I geek out on Harry Potter and Game of Thrones, and I can't wait for hiking and camping with my dog, Remi.

My passion is women's health. I'm adamant that you deserve the best care, and I look forward to being with you every step of the way. I want to use what I know to help you perform at your best. Let's get to work! Hunter grew up in Muscle Shoals, AL and joined the Johnson & Hayes team in July 2021. He went to Huntingdon College for his undergraduate education, where he played baseball and received his Bachelors in Athletic Training. Hunter worked as an athletic trainer and physical therapy tech for a year in Montgomery, where he discovered a passion for helping patients return to their normal activities after sustaining an injury. He went to Alabama State University where he received his Doctorate in Physical Therapy and met his wife Katlynne, who is also at physical therapist. In his free time, he loves to duck hunt, play golf, and hang out with his wife.

Allison Lindsey, from Memphis, TN, joined the Johnson & Hayes team in 2013, after working with them as a student in 2010. She was interested in returning to work at Johnson & Hayes because she realized everyone on the team was a great group of people who loved that they did, and that they were able to really make a difference in the lives of their clients. She knew this was the profession for her because she wanted to help improve other’s quality of life. Allison received her Bachelor’s degree from Mississippi State University and her Doctorate of Physical Therapy from the University of Tennessee Health Science Center. In her spare time, Allison loves good food, biking and helping educate people on ways to make their life better. My hometown roots are from Montgomery, AL. Then on to Wetumpka, AL where I started my family. I am happily married with 4 kids. I started at Troy University and was originally going to be a prenatal nurse. After a couple years, my heart changed and I felt God leading me to go into physical therapy as I had a passion for helping people. I worked as a physical therapy tech starting in 2005 while I was in the PTA program and I graduated from South University in Montgomery with an associates degree in Physical therapy assisting in 2007.

I have been practicing physical therapy as a Licensed Physical therapist assistant for 13 years. I have experience in outpatient, orthopedics, geriatrics, skilled nursing facilities, and home health care. I am certified in "Balance for life" and great with hands on manual therapy. I started with Johnson and Hayes in May 2022 and I am so excited and blessed to be working with such great people who truly and genuinely care about whats best for the patients and providing quality care for each and every person.

It feels great to work along side such good and honest people. I love my career because being healthy is extremely important to me and I want to be able to help others become healthy as well.

Being active is important! In my spare time I love spending time with my family, being involved in church, running, working out, hiking, kayaking or anything outdoors. 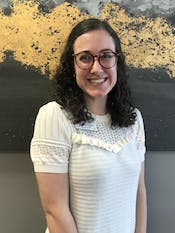 Emily grew up in Madison, AL and joined the Johnson & Hayes team in January 2021. She played tennis in high school and has always had an interest in learning how to help people continue to do the activities they love. She went to Auburn University for her Undergraduate degree in Exercise Science with a minor in Psychology. She then moved to Birmingham, Alabama and received her Doctorate of Physical Therapy from The University of Alabama-Birmingham. Emily had a clinical rotation at J&H in Madison in the Summer of 2020 and enjoyed working with the staff and patients so much that she accepted a position to join the team as an orthopedic therapist. In her spare time she loves to tackle a new cooking/baking project, walk her rescue dog Harvey, upgrade her home coffee setup, and spend time with her friends and family.